On December 29, 2012 we were blessed by the birth of our sixth child whom we named Caroline Elizabeth Ann.  She came into this world tiny in size at only 5 pounds 4 ounces and 17 1/4 inches but her cry was as big and loud as the impact she was about to make on our lives. 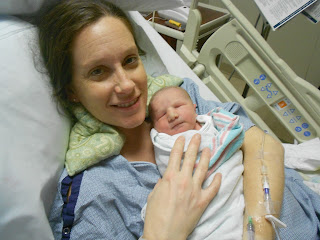 In the brief week and a half before her birth, several ultrasounds and specialists tried to determine what was going on with this little baby inside my womb.  Unable to determine for sure if the baby had a heart defect or other issues, they decided the baby needed to come out since she had stopped growing.

Putting aside all wants and desires for how we thought her homebirth would go, we willingly went to the hospital to be induced.  Several hours of pitocin did not prove to be enough to start my labor so I choose to get an epidural and have my water broken.  I was still only 2 cm dilated but with the broken waters and a little more pitocin, labor set in and moved very quickly.  I dilated from 2 to 7 cm in 20 minutes followed by Caroline's arrival with only one push just 30 minutes after that.  The epidural was very light as i felt and breathed through all of the contractions and felt her sweet little body so easily slip out into her daddy's strong hands.  Her cord was quickly cut and amidst the hustle and bustle I wondered out loud "Is it a boy or girl?"  I heard the sweetest words "It's a girl!" which filled my heart with overwhelming joy as that is what i thought she was all along.

She was quickly carried to the warming bed so a neonatologist nurse practitioner could look her over.  I heard her cry loudly and was relieved to know that she was alive.  The top of her head and her ears were covered with thick white vernix probably 1/4 inch thick.  Across the room I looked at her and instantly noticed that she looked different than our other children.  The NP called out that she had a soft pallet cleft in the back of her mouth.  Her apgar was an amazing 8/9 considering we expected her heart to have problems at birth.  Over all, she was doing very well and was even allowed to go in the newborn nursery instead of the NICU.

The next 3 days at the hospital were fairly normal and uneventful as we concentrated on learning how to care for our sweet new baby.  We had never bottle fed our babies and i had never even ever pumped, so we had a lot to learn.  At this point, our only major concern was what might be wrong with her eyes.  I had such a hard time grasping that our baby might not be perfect, to the world's standards.  I look back now and think how shallow my thoughts were originally.  If we had only known then that her eyes were just a small part of the whole picture.   This was just the beginning of our new lives as the parents of a very special baby. 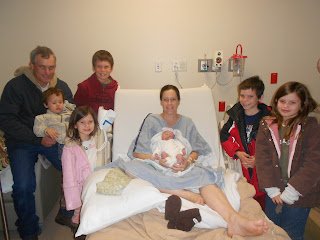 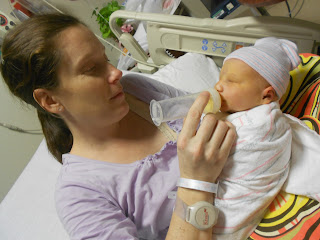 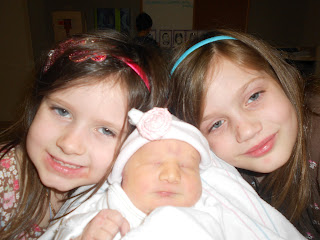 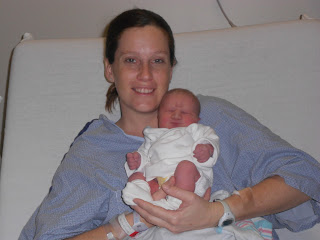 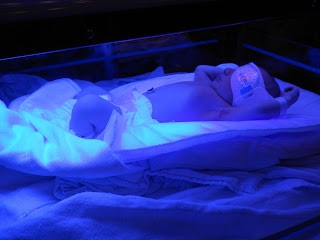 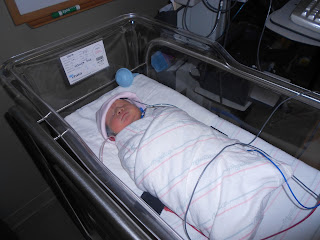 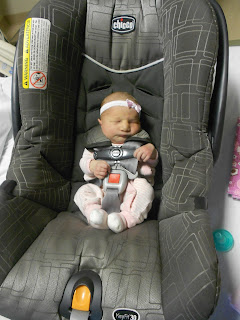 Your comment is awaiting moderation. Thanks for your patience!

Babies are a Blessing

The greatest of these is LOVE

Gabrielle
My heart is in my home, the place where I feel the Lord would have me be. I am blessed to be beside my husband, raising our 6+ children, homeschooling, and caring for our home. It isn't always easy & I'm not always joyful, but there's no other place i'd like to be. Join me as the Lord daily strengthens and renews my joyful heart at home. Check back often or subscribe below to have posts emailed to you. blessings~

The Joy of the Lord is my strength~